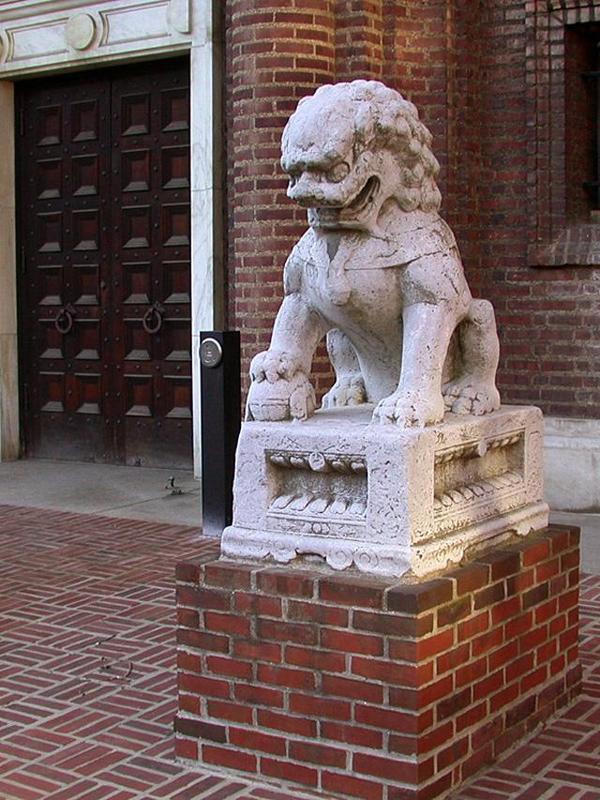 The pair of Guardian Lion at the entrance of Penn Museum was made in Ming Dynasty and was originally displayed at the entrance to a building in the Imperial City, Beijing, China. The lions are in pair. The male lion is on the left playing with a ball, representing the world and power. The female lion is on the right playing with her baby, representing the nature and generations. We are not sure how the lions travelled all the way to the U.S. It could be during the occupation of Beijing by multinational forces led by Britain in 1900. 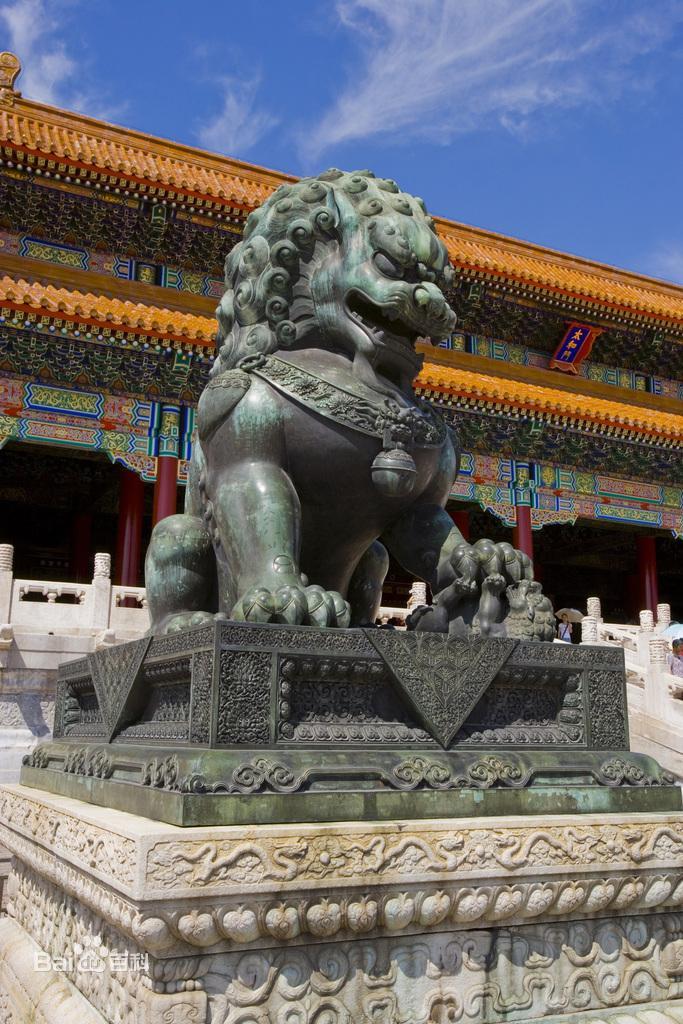 Guardian lions, or called “Foo Dogs” in the west, are prevalent sculpture figures in Chinese culture. They represent luck, royal and prosperity and are widely used in imperial palace as well as among the general people. However, there was no lion in ancient China. The lion figures were brought to China during the Western Han Dynasty (206 BC – 9 AD) when the diplomat Zhang Qian travelled to Central Asia. In Eastern Han Dynasty (25-220 AD), lions became a major theme in sculptures. The earlier figures of lions assembled a combination of tigers and Qilin, a mythical creature in Chinese culture.

In Tang Dynasty (618 – 907), the style of Guardian Lions was combined with Buddhism culture. Guardian lions were thought to be the protectors of the truth. The sculptures were mostly made in stone and placed in imperial tombs as the protectors. In Song Dynasty, Guardian Lions started to evolve from tombs to everyday life. Apart from imperial graveyards, the lions were placed in temples, residence, and gardens. More decorations such as bells and necklet were added to the design. The Guardian lions were seen less in tombs or temples and more in residences and bridges in Ming Dynasty and Qing Dynasty. They gradually became an important representation of the culture was believed to bring luck.

Guardian Lions are believed to bring luck and exorcise evil spirits. However, it is important to know the correct placement according to feng shui. Some of the rules are:

Lower (East) courtyard of the Penn Museum. South side of South, East of 33rd.

7 Things to Know About Foo Dogs

Fu Dogs – Temple Lions placement for your home or office